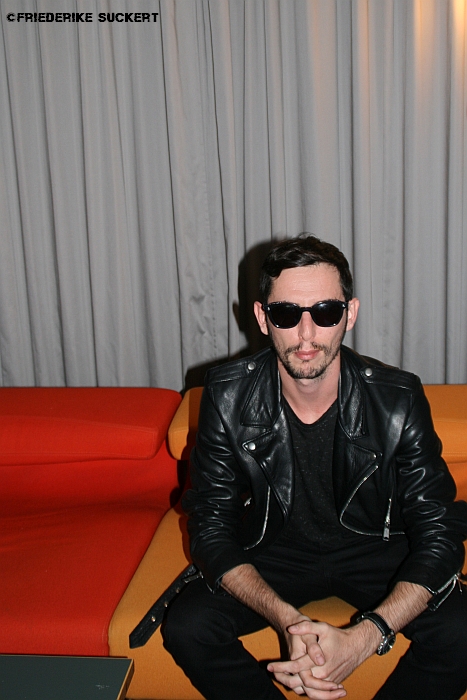 What do you want to do with them? You play piano, playing the piano is good!

First of all: Congratulations! Are you very proud?
My mother more than me, but I’m very proud to be #1 in Germany. It was unthinkable eight months ago and during all my career of DJ-ing. For me, Germany is one of the best countries in the world for new music, so this is wonderful for me.

For how long have you been working as a DJ?
I started very early. My mother wanted me to learn an instrument and so I started playing the piano when I was six years old and played it for ten years, above all classical music like Beethoven and Chopin. When I was 15 years old, I discovered electronic music, it was brand new for me and i was so excited about it, that I asked my mother for turntables. She said „Yes, but it’s very strange. What do you want to do with them? You play piano, playing the piano is good!“ But I wanted the turntables and she bought them. I practiced a lot in my room and six months later I started to play in the first club in my hometown Nice. I had the chance to play from ten till one o’clock, no fee and no pay. I enjoyed it a lot and continued with it and after a while one of the owners asked me, if I wanted to become a resident DJ. And then I did this for seven or eight years, but at the same time, I was home during the week, for myself most of the time, and I experimented with a lot of things, but wasn’t a very good producer at the beginning. Three years later, when I was 18, I released my first EP under another nickname and it was a disco house on vinyl. I was very excited about my future and what will be and if I can make music for a living. My parents wanted me to do something real, but I chose music and now they agree with that and are very happy. I produced for myself, had two or three releases on vinyl on a independent label and they weren’t a big success. I’ve been a resident DJ in two or three clubs then in Nice and I produced a lot. A french electronic DJ asked me, if I could do a production for him and I said „Yes, but what do you want to  do with this stuff?“ and he said „I just want you to produce it for me, I will buy some tracks for you and you can work with them.“ And so I said „Yes, why not?“ because I also needed the money and I was 21. So I became the ghost producer for this very famous DJ and three years ago I realized, that the music had changed, but not in a good way. Too much synthesizing in electronic music without feelings or mood. I was wondering about my future in music and decided, that I wanted to do something different and something just for myself, that I like. So I started to produce different things and the „Fade out lines“ was the first single I did. So, that’s the way everything happened.

Were you still surprised about the success or was it a kind of a logical conclusion for you?
No, it’s not logical, because when I decided to do something different, it was only for friends and for myself. I was not looking for success or for becoming famous, I was only
looking for something new. I didn’t like what I did for the other DJ and wanted to do something for fun. And so I discovered the track of Phoebe Killdeer on Youtube and connected myself with her. She sent me the parts and I started to rewrite the original tracks, reproduced them and made them bigger and modernized them.

Does it frustrate you as a ghost producer that the other DJ is very successful and nobody knows your name in that context?
Yeah yeah! When you agree with the contract and they like it and buy it, you’re happy. Actually it’s very common for young DJs and I had the time to do that. It’s difficult,
when you hear the track on the radio or in a podcast of every famous DJ and cannot say: „Oh, that’s mine!“ because my name’s not on it. This is why I stopped ghost producing.

Is there a big difference between the German and French electronic music scene?
Oh yes, it’s very very different. From my point of view, German house music and techno and deep house are always starting the new waves in the world. A lot of people are looking at what is happening in Germany and after that, they open it up for the whole world. I have a lot of influences from Germany. I was a big fan of Paul Kalkbrenner. He’s a big star in Germany, but his music is very different and open. It’s not like that in France. I haven’t been out in a while, but I see so many posters with famous DJs when I’m in Berlin, so Germany is a very different audience than the french scene. French tracks are more like songs. French people like songs and lyrics. In Germany, the like more the feeling of the song than the lyrics.

I think, in France it’s more like Chansons and in Germany it’s more like Kraftwerk. Could you imagine to live and work in Berlin?
Oh yeah, sure! I think, I could live in Germany because this country is supporting me now, so I would love to share new sounds with the people.

Do you know Phoebe Killdeer from „Nouvelle Vague“ personally?
No, not personally, but we shared some mails and some influences, we didn’t have the time to meet, because she was on tour and working on the album. We’re going to do something new together, but in an acoustic way. We are gonna show you soon. We’re gonna meet in a few days.

Ah, nice! Were you always able to live from your music or did you ever had a job like delivering pizza or stuff like that?
No, I’m very lucky, because I always had a lot of work and enough money, I was booked every weekend since I was 16 years old. I play every weekend since ten years and that is a lucky chance.

Okay! Thank you for that nice chat!