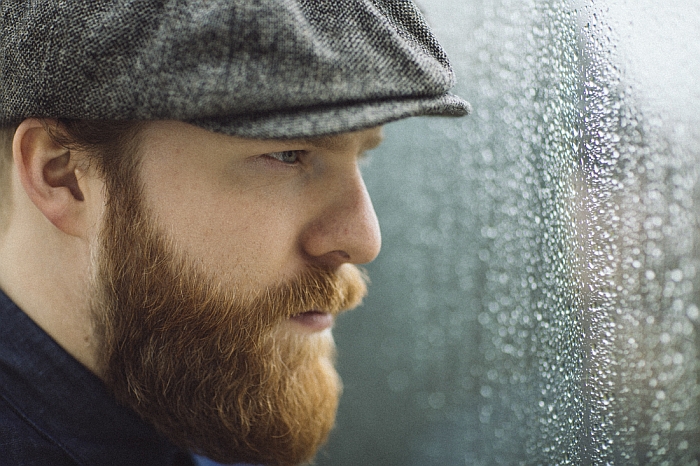 I’m not a workaholic. It’s just that you need to do it, it’s got to be done. 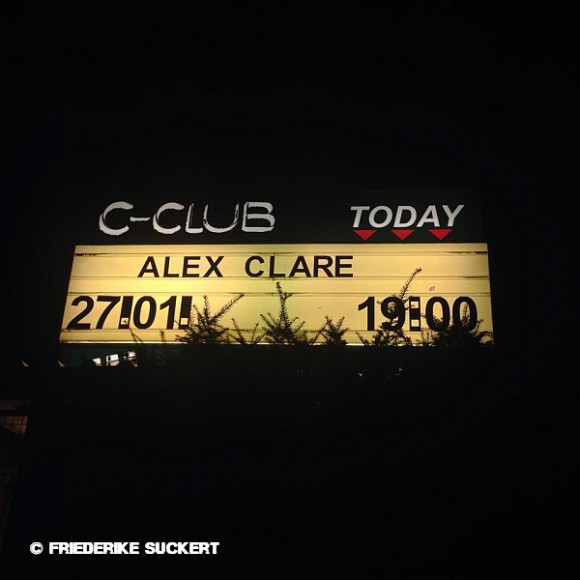 It’s your second Album and I think it’s very different from your first one.
It’s quite different.

My question is: did you write and produce it more by yourself than the first one?
Mmmh, no. I’m writing, the production is for other people. I am more a writer. You have to know where your strengths lay and yes, it’s a different direction than the first album, I was in a much different place. I mean emotionally and spiritually. That’s why I wrote the second album: becoming a dad, getting married, probably a good life. It’s a different perspective and yes, we should say at least I am happy and there are more positive vibes on the record.

It’s nice to hear that the inspiration for the second album was such a good one. Everybody knows the story about the first album, it’s more heartbroken and it’s so obvious that you found a good inspiration now.
It’s nice to be noticed, because that’s the good stuff.

Are you on tour for a long time?
Yeah, I’ve been on tour for six weeks and came back for two weeks to London and then I’m in Germany for three weeks and then I got another week in Russia. It’s quite big!

Do you miss your family a lot then?
I get back to London every Friday and stay till Sunday.

Ah, so you can celebrate the Sabbath at home?
Yeah.

I read that you cook for your crew with your own pans and is it, maybe, like making food for a second family?
It depends, it can be! You got to spend a lot of time with your crew so make sure to yum with them. With your family you don’t have the luxury to spend so much time with them. But it’s true, it becomes a little bit like family, when you’re six weeks so close with people.

So, a personal question: is there a second kid now? I read that in an article…
At some stage in the future. It’s still just one. But we’re waiting for a second one, we would be very happy if it happens. The time is right.

You love being a father.
Yeah, that’s right.

No, you know what I mean. Maybe being on tour is something like partying.
No, not for me. For my boys maybe, for the band, but not for me. I’m really quiet, I stay in my hotel room or stay with my friends. In most cities around the world I have my friends or family to stay at their place.

So you also visit your friends and family?
I always have a place for putting my head down and relax.

That’s nice! And do you also make music with them?
Sometimes, yeah. My brother and I make some music occasionally. We jam together.

There is a big difference between your albums, the first was more electronic…
Album No. 3 will be slightly more a dance album. It will be more electronic again.

Are you still able to listen to your song „Too Close“ or are you fed up with it?
(Ganz begeistert) Yaaa, I love that song! I got so much gratitude for that song. I mean, that song brought my career to so many places, I toured around the world, so many people were listening to my song.

I think, it’s one of the few good commercial songs. Sometimes you can`t stand hearing them again.
I really don’t mind. The kids in my neighborhood say „Too close, Alex!“ and I love it! I really like that, it makes me smile.

Do you also write when you’re on tour?
I’m kind of focused on the playing when I’m touring. It needs some kind of attitude when you’re always on the road or on the plane. I like to do it when I just chill and stuff. And when I’m back in London, I’ll rent a studio and start working.

Could you imagine to work as a cook again?
Definitively couldn’t. I imagine it, but I really don’t want to return to cooking. I love cooking, I love doing it for my family and friends, and it’s terrific. But I make money with music and that’s what I want. It’s much more fun.

Yeah, you’re lucky that you’re able to do it. Do you need a lot of rest after that big tour?
No. I’m gonna have holidays in March and then I will be back in the studio. Probably the rest of the year.

So, would you say you’re a kind of a workaholic maybe?
No, I’m not workaholic. It’s just that you need to do it, it’s got to be done. I love taking it easy, but the reality is, that I’m traveling a lot and that it’s a lot of work. I love to be with my family, but you need to do a lot of touring.

But you also like the traveling a bit?
Yeah, I love traveling. It makes you see how small the world is. The world is a tiny place.

You have a lot of family around the world, so maybe that’s why it seems like that to you.
No, I don’t have any in the Far East. I would love to play there and then stay there for a little while.

Well, one day you can take your family with you.
That’s the plan.